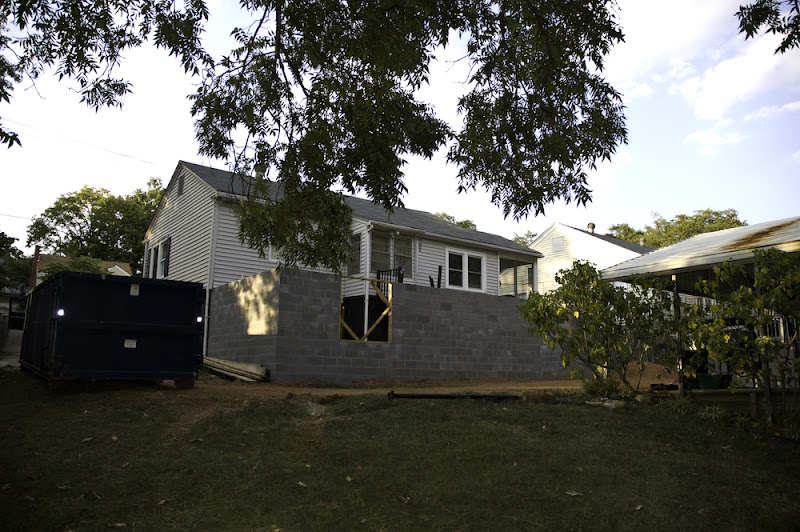 Former project manager and R.C. Jones Company salesman Jimmy Hoffa has reappeared from the shadows of courteous communication with questions of how things are going.

So glad you care enough to call. P.S. You forgot the reach-around.

It seems that Hoffa’s associates tend to google the R.C. Jones Company name on occasion. Hence this response when I answered the phone, “Hey [me], it’s John…AKA Jimmy Hoffa.”

I wanted to snicker. I couldn’t. It’s just not funny any longer. More on Hoffa later.

Comprehending Incentive
A payment plan discrepancy, otherwise known as a draw, is the latest in the Cirque du Jonesleil festival of incompetence. A standard construction loan works thusly: A loan is obtained, a construction contract is signed, and a portion of loan–about 10 % of the loan value–is given to the contractor so that he can start purchasing materials, etc. The contractor begins working. The bank then allows the loanee to pay for services rendered. The one exception is that first 10 %. In return, the contractor must provide more than 10 % of the work in order to collect the next draw. An example might be that the contractor finishes 20 % of the work. The contractor then fills out the appropriate bank draw form and submits to the bank. The bank sends an appraiser to the construction site. If the appraiser agrees that 20% of the work is complete, the contractor would then get paid another 10% draw. What this does is protects the bank’s investment and the people who are investing in their home. Easy enough. Good. We move on.

The boys at R.C. Jones construction don’t have the same policy. They want 25% down, 25% very soon after the project starts and so on. The outstanding point is that they get all of the cash before the work is complete. The argument, if you will, is that the construction company isn’t a bank and that they shouldn’t have to put forth cash in advance. However, this leaves the loanee without recourse–aside from a lawsuit–if the contractor decides not to finish the work.

HUH?
Hoffa had no problem with the bank’s concept of incentive draw. We amended the contract and signed. After Hoffa disappeared and Jamie Decker took over as the project manager, RC Jones balked at this idea.

Now, to me this seems like a relatively simple verbal illustration of the incentive draw. Jamie’s response: “Umm, we don’t do that with our doors.” 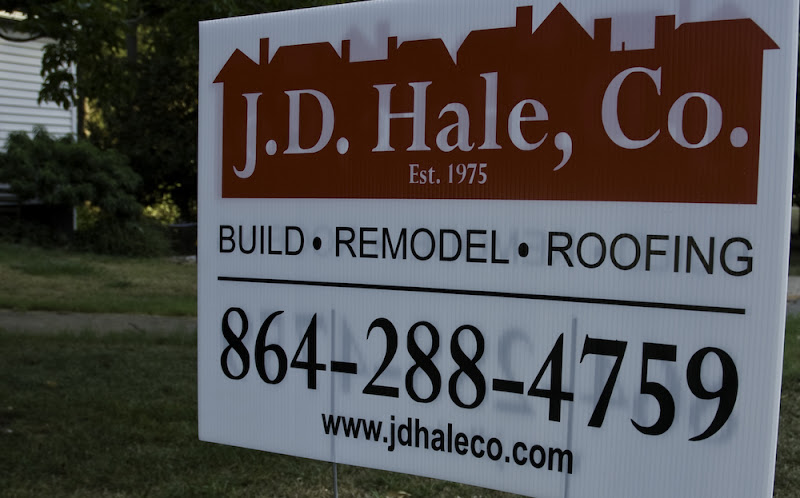 Progress….kinda (Keep in mind while reading this section that the contract was signed on April 9, 2008.)
Maybe progress is a bit too honest of a word to describe what has happened in the last two weeks. The stress on my family has certainly increased. My blood pressure has increased. The non-effective progress of RC Jones has increased. However, we do have movement. You’ll notice in the photos that we now have a whale of a trash can sitting in our driveway. You’ll also see an RC Jones….wait….strike that…..a J.D. Hale, Co. company sign in our yard. Why Mr. Hale decided to put the sign of an RC Jones wholly-owned subsidiary in my yard instead of a RC Jones sign is still a mystery to me. I have some speculation but nothing more.

Also, my brother and sister-in-law have graciously offered to allow us to move in with them. I love my family.

The project manager did send his guys to get rid of some of the trash in my yard. He also instructed his men to toss approx. 15-20 2x6x16 pieces of pressure treated lumber that were neatly stacked beside my lawnmower. I purposely removed these from my deck before any construction started. I guess I should have simply tossed my lumber into a littered pile. To his credit, two days later the pieces of lumber were stacked neatly back where I had them. The hardened concrete remains on my lawn.

Okay, that pretty much wraps up the progress report.

The Worst Kind of News
I’ll say it in every post; it’s my fault for not allowing a complete comprehension of the contract to seep into my brain. I guess I got a little too excited. I do however, share the same amount of blame–if not more so–on the afore mentioned Hoffa. He knew exactly what we wanted. He repeated it to me on the phone yesterday. I completely believe that he didn’t even read the contract. If he would have, he would have caught the errors.

I explained to Hoffa how the contract actually reads. He explained how exasperated he was with RC Jones and how this is all turning out. We spoke for a good long time, most of which was him trying to explain to me why he is no longer in the employ of RC Jones. Cue violin concerto. 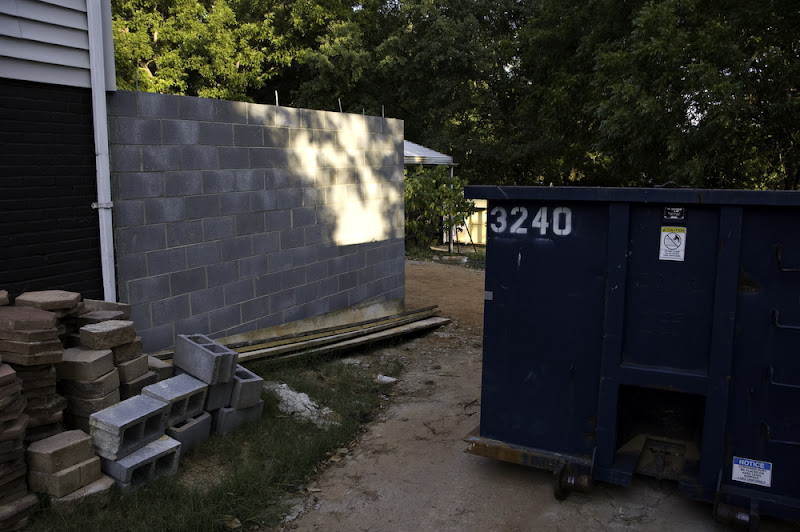 I wonder if he thinks that I believe him? Actually I do, slightly. Maybe it’s that I can’t get over the fact that he seems to be such a nice guy. Regardless, my faith in anyone within the realm of RC Jones is lackluster–to put it mildly.

So on with the meat of the bad news. Here is what Hoffa understood and promised us that we would get, which so happens to be exactly what we wanted. Keep in mind I’m only covering the stuff that we expected but are not actually getting.

We wanted a finished basement. The contract reads that we will have half of the downstairs area covered with a concrete slab, the other half dirt. If you’re planning on spending as much money as we are, what the f*ck would anyone want a frickin’ dirt floor room?

We wanted new HVAC, or at least an extension of our HVAC system to cover the new addition. Nada.
We wanted a 22′ x 12′ deck that would double as a car port. Nada.
We wanted our basement finished, with a concrete slap, drywall and electric. Nada.
We were promised that we could stay in our house with our two daughters, one of which is a baby. Uh, nada.

But wait, it gets worse. The bank informed us that we can decrease our loan amount but not increase it. If we need more, we’ll have to apply for another loan and then pay all the closing costs and additional fees yet again. This means that we’re going to have to come up with somewhere between $10,000 – $15,000 out-of-pocket to pay for what Hoffa said we were getting. Ah, trust. How wonderful.

The Wrap
Hoffa lives, and called because someone pointed out that he is mentioned in my blog. RC Jones became angry because they wanted to be paid for work not yet complete. The project manager can’t grasp the idea of concept. Progress on the project is nothing more than frivolous phone conversations. My lumber was tossed and then untossed. We have a place to say if necessary. We now have to come up with an additional $15,000 to actually get what we were promised. RC Jones wants us to sign another contract with them to do those things that we were promised. The wall to nowhere now has a trashy, whale-sized blue friend.

C’mon now, make me smile. I need it. Pontificate on what you believe will happen next. The winner gets his or her choice of one of the 700 bricks stacked on the side of my house.