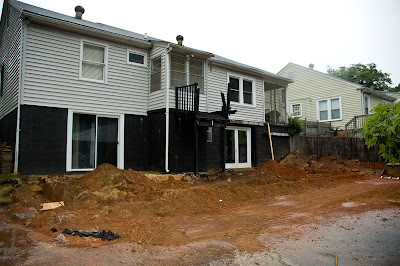 The memory is so clear. My wife was very uncomfortable while we strolled the isles of the annual home and commercial improvement, repair and restoration trade show. The RC Jones Company booth caught her attention long enough to distract the now ever-present YOU-DID-THIS-TO-ME vibe that all dads-to-be must endure.

John, the salesman, said the right things. An appointment was made. The caveat was apparent; we may have to cancel due to circumstances beyond our control. That caveat turned out to be a beautiful gift from God. We rescheduled.

I tried to not to like him. That ingrown man thing just kept pounding me to believe that John was nothing more than a plate of chicken wings and a cold beer to imbibe when I pleased. Cut emotions. Do not trust. Think. Question. Protect. Do not trust. C’mon, ya gotta give me a break on this one. All guys do it. It’s a protection issue. This is a HUGE amount of money for us. If handled improperly it could severely cripple our family for years to come. 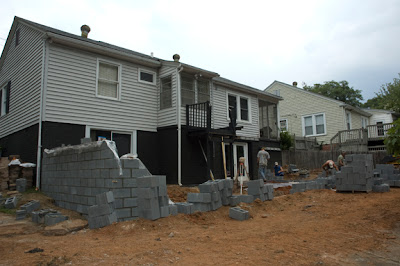 Well, as it turned out, we both loved John.

He had brilliant ideas. His credentials were great. I had no doubt that he knew what he was doing. He told us that he, specifically, would be the project manager on this account and that we wouldn’t have to move out of our house. With that, the deal was sealed. Although minutia fell within the details, the short of it is that we had the home and plans inspected, got the loan, signed the contract and gave a $10,000 deposit.

If you’ve ever watched Vh1 Behind The Music, this is the part where the lead singer gets hooked on heroin. (cue: dark, depressing music)

As soon as the deposit was signed and handed over, communication all but stopped. Phone calls went unanswered for days. Promised beginning dates lapsed. The excuse was that the company was waiting on the permits. …and here we go.

I called city hall to check on the permits. They’d been ready for almost two weeks. I called (and emailed and texted) John, leaving my new-found information for him. Guess what? He called back. The work began the following Monday. Imagine that. 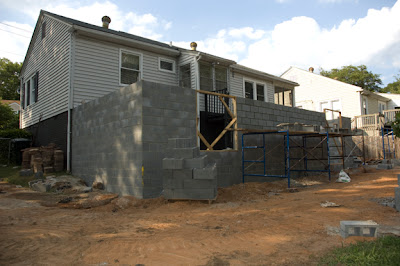 My precious little girl is now nearly six-months old. My back yard is partially destroyed and littered with construction debris. My deck has been ripped off the side of my house and left to sit in my driveway. I’m paying a much higher construction loan interest rate while nothing happens. Phone calls for the past two weeks have gone unanswered. An unfinished exterior wall sits at the center of it all.

Coming Soon: Part two of my experience with RC Jones of Greenville, SC. Actually, RC Jones is based out of Mauldin, SC. Here is a tease: The thing that sealed the deal was John telling us that he would be our project manager and that we wouldn’t have to move out of our house. We trusted him, me begrudgingly. The footer laid. The wall goes up. Work stops. My wife called the company owner after two weeks of phone calls not being returned. It seems that John no longer works for the company. I wonder when RC Jones Company was going to enlighten us with this tidbit of information? …to be continued.