Baltimore: A Story From My Time In TV News

The trip to Baltimore came as a dull story, but it was travel. And it guaranteed that I wasn’t going to be shooting a story about a big pot hole in the left lane of Pleasantburg Drive combined with a rain-laden 11pm live shot all because of random caller to the news room. For example purposes, here it a quick look into everyday TV news. 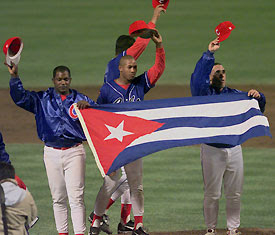 Now, everyone in TV news knows what “I’ll pass that along” actually means. However, on this one particular rainy evening, there I was with my reporter doing exactly as describe in the paragraph above. This is why we live for the big story….or the travel.

Back to the Baltimore story. The story basically involved city and county leaders making a trip to Baltimore in order to take note of city planning and all that comes with such things. Yeah.

I’d been on such a trip before except the city and county leaders did their “research” in Portland, Oregon. Now that was a fun trip. Cool city Portland. However, my reporter had a tenancy to come out of the shower completely naked, put one leg up on a chair and then wanted to talk about the agenda for that day. Remember that Seinfeld episode about good naked and bad naked. Yeah, this was the bad kind. 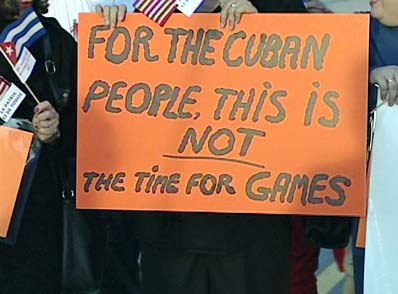 Again, back to Baltimore. The best part of the trip came on a day when we had little to do. So while my reporter logged tape, I walked down to Camden Yards see what the hell was up with all the protesters and cops. To my wonderful surprise, it just so happened to be THE day when the Cuban National Baseball Team was in town to play the Orioles. How flippin’ cool is that? Talk about a nat sound piece waiting to happen. But alas, I shot just enough for a little flavor in the piece above. I had no interest at that particular time to shoot a nat sound piece.

My only concern was getting into the game. Tickets, of course, were sold out. So I did what any good journalist would do. I looked for the affiliate sat truck. Once found, I simply walked in. To say serendipity was on my side that day would be an understatement. Who do I find in the NBC sat truck but an engineer who used to work at WYFF. Mike Laboone was a quite kinda guy, but nice as could be. He was a great TV news engineer.

With a flick of his wrist he handed me an all-access golden ticket to history in the making.

I sat in the press box, along the first-base line, behind home plate, and along the third-base line. I even had the opportunity to get Cal Ripkin’s autograph. I didn’t because I’m not one of those media people, but it was cool to see him up close and in the flesh. Here and here for more about that game.

That’s really about all. I know it’s a boring story with too many tangents. I don’t care. It was one of those I-worked-in-TV-news moments that I’ll never forget.

1 thought on “Baltimore: A Story From My Time In TV News”