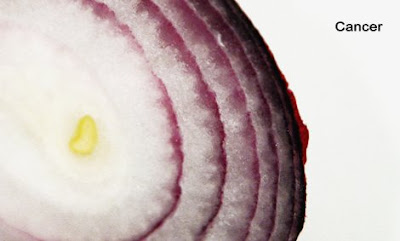 Is it a flimflam, a ruse maybe, played within the greater order of the pedophile? Am I being handed the opportunity to hang myself so that the damper of the child-lusting flame may once again open? Or maybe, just maybe, sociopathic reasoning isn’t the sharpest tool in the underground shed.

I received two comments yesterday on my previous story – A Pedophile is Exploiting My Child. One was anonymous. One was signed, dated, and timestamped by Mr. Pedowar himself. As far as I’m concerned, Mr. Pedowar lost any right of access to me by his refusal to delete my child’s image from his Website. Censorship? You betcha. Those with children understand. For those supporting pedophilia, step up to the mic, state your real name and speak your piece. Cowardliness and hidden has never and will never affect change.

However, I’m allowing Mr. Anonymous his time in the spotlight. It’s not because I feel any need to defend myself against empty statements. There is no need. No one would be the wiser if I simply hit the delete button. I’m doing it to educate parents about the skewed mindset of predators. The following is the unedited comment of Mr. Anonymous and my rebuttal.

Mr. A: The site you’re talking about was only a discussion board and was primarily focused on the absurd media and legal hype that has been created around an artificially inflated problem. IT WAS SPECIFICALLY REGARDING POLITICAL SPEECH.
WBR: Issues do get hyped by the media. I agree. This particular genera and the “legal hype” you mentioned, it’s not really something I follow. The claim of the witch hunt [sic] being artificially inflated, show me statistical analysis of arrests v. convictions and matched against local, state, and federal law. Otherwise, your claim carries no weight. As for free speech, I’m in. See previous stated qualifications for stepping up to the mic in order to affect change. Or you can stay hidden, feel repressed, and lash out secretly against those who have the courage to turn the light on when they speak.

Of course some of the people who posted on the board were pedophiles, but it was also a great ministry opportunity which you destroyed.
Without being accusatory, I’m assuming by your statement that you know more about pedowar.com and/or the patronage of pedowar.com more than I do. By your admission, some of the clientele were indeed pedophiles. A photo of my child and the subsequent written dissection of the video from which the photo was stolen was on the pedowar Website. This website is known (at least by you) as a place where pedophiles visit and post opinions/editorials/testimonials/etc. I do not approve of my child’s photo being on a website with such content. The image was taken from me without my permission. I wanted it removed. Subsequently, I did what I thought was best for my child and made my case to the home of pedowar.com, Softlayer Technologies. I did not remove pedowar.com. I do not have that authority. One must assume that Pedowar.com would not have been taken down without proper authority and for specific reason. That reason is clearly defined in the Softlayer Technology Acceptable Use Policy. More specific reason was conveyed in an email exchange between Mr. Pedowar and Softlayer Technologies. I fully intend on publishing this entire exchange in due time.

I have not observed Jamon to make any claim to be a pedophile, but only to be an activist for so-called “childrens’ rights”. I consider his beliefs on the subject to be fundamentally flawed, but again you have shut down all discussion.
Rights never needs to be surrounded by quotation marks. All people have rights. Start by researching the Bill of Rights. These rights include free speech. I love free speech. But don’t stop there, keep reading. As Americans we have a lot of rights. Children, however, must be protected because they cannot protect themselves. They only understand what they have the ability to understand at any given age. This duty is required by law and is the responsibility of the parents. Now, on the subject of Mr. Pedowar’s beliefs, we’ve found some common ground. But please remember, I did not shut down Pedowar. Softlayer Technologies and Mr. Pedowar at no time have ever had to abide by my authority.

Why are you posting videos of your child on the internet anyway?
There are laws against child pornography and pedophilia. There are no laws against what I did. There are copyright laws against using intellectual and/or artistic property without permission. It was the choice of Mr. Pedowar to violate this law and steal my property. Never did he ask. Had he asked, I would have refused. It was also his choice to decline when I requested that he never again publish my images.

Worse yet, I’m told they include you discussing “butts” with her and acting as if it were something cute.
Worse yet, the video about which you speak as heresy is embedded within the blog on which you are commenting. The audio and video are completely in tact. At the very least, please be an informed dissenter. I can send you a DVD if you wish? Simply give me you name and address. As for the word, butt, it’s a funny word to a four-year-old. So is toot.

Furthermore, you have an actual picture of a naked child on your site here: (photo_name_edited).jpg. Why would you consider any of this appropriate to make public? Does your daughter agree with this?
C’mon dude, we’re not talking about Robert Maplethorpe here. I do, however, find it interesting that you haven’t watched the video about which you are commenting but you certainly found that picture. If you believe my image violates laws governing pornography or pedophilia, affect change. As for my child’s opinion, discussions between my family are none of your business. One last thing, if you have already stolen this photo from me, I request that you delete this image immediately. It is mine and you don’t have permission to use or copy it. This is clearly stated at the bottom of every page within my blog.

The fact that you are linking to his address information on your blog suggests that you are trying to incite physical violence against him.
I challenge anyone to show me one word, one phrase, one sentence that mentions or even suggests physical violence. I made a call to action in the video, the one you didn’t watch, to voice complaints to Softlayer Technologies. I did this because they gave Mr. Pedowar my name, address, phone number, and email. Mr. Pedowar subsequently posted my contact information in the pages of a location/network known to be frequented by pedophiles. Within the same post, Mr. Pedowar mocked my intelligence and religious beliefs among his peers by boasting, “He has no idea we know everything about him. He’s a not too bright Christian.” Furthermore, Mr. Pedowar continues to be a client of Softlayer Technologies even after they took his sites down. Again, this proof was found within an email exchange between Mr. Pedowar and Softlayer Technologies. Mr. Pedowar posted this information at the same time that he felt the need to publish my contact information.

This is exactly the problem with the lack of privacy on the internet. There is no free speech when it can be met with mob violence.
I cannot dispute your belief. It’s yours, which makes it inherently correct to you. I am one man, not a mob. I have threatened no one with violence. Write, not fight.

Until a new forum turns up, I can do nothing about Jamon and the “childrens’ rights” movement, but I suggest you “be a man” and take down all these videos and pictures that put your daughter in a public spotlight, and remove your implied call to violence.
It just breaks my heart to hear your woes about not being able to support Mr. Pedowar, a man whose beliefs you view as “fundamentally flawed”. I do appreciate your suggestion to “be a man”. So let me think here. What have you taught me about being a man? 1) To be a man I must ride the fence of fundamentally flawed beliefs; 2) I must accuse without knowing all of the facts even though the facts are placed directly in front of me; and 3) I must misconstrue a link to WhoIs.net and instead give it an exaggerated title such as an “implied call to violence”.

Maybe someday your daughter will forgive you.
Because I raise my child in The Word of the Lord, someday she WILL be able to forgive you.

In all reality, it matters not the depth of questions or breadth of response. Integrity and truth are most important. To a man, a real man, these two qualities are what pre-pubescent youth is to a pedophile. A real man craves integrity and truth. He understands that these qualities define who he is and who he will become. Truth and integrity live here, in my house, without concern for hidden networks or clandestine trading of disgusting media.

Opinion is mine to do with as I please. My facts, however, are backed up by written statements, foul comments, and clandestine email viruses hurled at me throughout the past week. These things are done to me because I choose to defend my family from pornography and pedophilia. Mr. Pedowar provoked me by stealing my image and posting it as he deemed necessary regardless of consequence from his actions or the implications to my family. Softlayer Technologies provided someone for whom they believe is a purveyor of pedophilia with my contact information regardless of the consequences to my family.

Here is what I don’t understand. Every strand of this fiber-ladden story is willfully provided to me through mostly anonymous correspondence. From those strands I am fashioning a fine piece of hand-crafted rope. I will graciously give this gift to the protectors of pedophilia so that they may then hang themselves. If you don’t understand metaphor, allow me to spell it out for you; if what you do is against the law, keep your mouths shut. If you are caught, be a man and accept your consequences. At the very least, make recompense.

All I asked of Mr. Pedowar was to present to me in writing that he would take down the photo of my child and any references to her as well as promising not to invade my home again. As for Softlayer Technologies, I asked them to call me.

Softlayer Technologies did not call.

Complete Series of this True Story