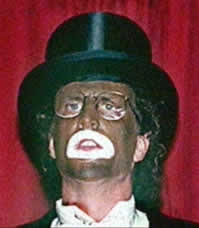 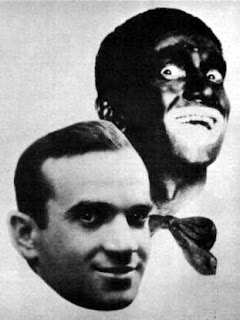 Yes, I too am jumping on the blogarazzi free-speech wheel of contemporary racial linguistics.

What the hell is going on? Why isn’t the media focusing on the actual issue at hand, the patently racist remark by Imus producer, Bernard McGuirk? His comment that refers to the Rutgers University women’s basketball team as “jigaboos” is by far more offensive and true as defining of a racial slur compared with the thoughtless and insensitive comment by Imus.

Ho, in case you don’t understand, is a gender slur aimed at half of the world population. Jigaboo is racial slur aimed at the entire black culture of the United States.

So there, the line is drawn. On which side do you stand? Are you accepting of ho and not accepting of jigaboo? Is there a difference?

The mass market, in general, would say that there is a difference. Call any woman a ho and you might get a verbal lashing, maybe a slap. Call a man of the black community a jigaboo and the odds are that you’re about to get an ass whoopin’.

Why aren’t these people being boycotted, fired, or at least suspended for two weeks? Where are Al and Jesse, and why aren’t they banging on the doors of the company presidents? These types of lyrics are incredibly more damaging than anything Imus said, true? What the hell is going on, I say again. Should efforts not be put where they are most effective?

Look, I’m all about teaching and acting cultural harmony. Honestly, I am. And as a matter of fact, I will not tolerate it within any situation over which I have at least some control. But I’m not going to form a skirmish line outside the neighbor of the intolerant bastard who made the comment.

McGuirk is the idiot. He’s the one who should be fired.

Does Imus deserve a two-week suspension for the ho comment? Sure, that’s fine. Taking into account the context of his radio program, my comment is actually more along the line of “whatever”.

I do have a piece of advice for any of those people who are not on the Rutgers basketball team but are yet still offended by the Imus comment. I suggest that you boycott everything NBC, CBS and General Electric. Go ahead, show’em who’s the boss. You may even want to call the advertisers and complain.

However, I believe that once you realize how such a boycott would take away some of your creature comforts, I bet that you might see a slight tip in the scale of your moral judgment.