Marijuana Has Ruined My Life. Huh? 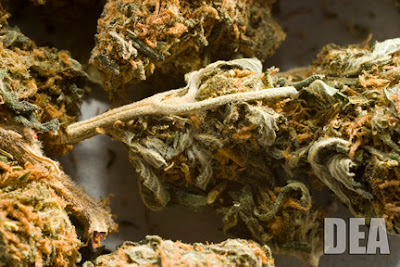 The Federal Government has been classifying for a good long time the evil weed as something akin to crack, meth, and heroin.

Recreational drug use is not good. Some might modify this statement by clarifying with the word, “never”; others might say, “Extensive use of”. I’m sticking with the evidence that shows most any foreign substance abused over a period of time is probably detrimental to living a longer, healthier life and/or personal attitudes and relationships. I lump other items into my categorical statement, items such as McDonald’s, gasoline, and pornography. Still others include spelunking, under-water welding, and anything that allows your body to move faster than bipedal speed.

I’ll just come right out and admit it. I tried pot, once. I quickly figured out that the leaves get stuck in your teeth, the taste is unappealing, and it really doesn’t do much for you. From that point on I stuck to smoking it.

The Nancy Regan firestorm from the early eighties pounded into my head the detriments of saying yes. I answered in the affirmative despite the facts. I did it in high school, college and after. Through extensive research, my findings show that there are far worse things to abuse that fall within legal limits. Alcohol and tobacco are certainly in that list. Yes, I’ve used both. Legally prescribed painkillers, amphetamines, and anti-anxiety drugs are a far bigger problem than sharing a bowl with the boys on Friday night.

Now, search the Internet to find as many news stories as you possibly can that include something like, “Authorities say this person robbed/raped/fought/killed/over dosed/struggled with or ran from police/caused personal injury to himself and others/wrecked the car/…because he was high on marijuana and/or needed money to fuel his marijuana addiction”. Now, same search again except use alcohol or prescription drug X or street drug X in place of marijuana.

Did it just get brighter in here?

Marijuana, however, is listed via federal government statutes as well into the red area of things that will KILL, KILL, KILL. As such, the purposely imposed social stigma gives people a false sense of reality as it pertains to use of alcohol and tobacco.

At times, tobacco farmers/manufacturers receive subsidies that support the growth of the tobacco industry. Tow-back-ee can be taxed, ya know. Taxation is the very idea that lead to the ban on marijuana by making it illegal to grow and then making it illegal to sell without a tax stamp. Additional regulations followed to classify the drug as such to impose a ban on all research…in the USA.

According to the AP, a study out of London shows (not necessarily proves) that alcohol and tobacco might actually be more harmful to you than an occasional spliff, or a spliff-a-day for that matter.

New “landmark” research finds that alcohol and tobacco are more dangerous than some illegal drugs like marijuana or Ecstasy and should be classified as such in legal systems, according to a new British study.

In research published Friday in The Lancet magazine, Professor David Nutt of Britain’s Bristol University and colleagues proposed a new framework for the classification of harmful substances, based on the actual risks posed to society. Their ranking listed alcohol and tobacco among the top 10 most dangerous substances.

Heroin and cocaine were ranked most dangerous, followed by barbiturates and street methadone. Alcohol was the fifth-most harmful drug and tobacco the ninth most harmful. Cannabis came in 11th, and near the bottom of the list was Ecstasy. –Full article on MSNBC

Here is the deal in case you don’t know. Pot makes you, shall I say, slightly lethargic. When high, it often becomes much more fun to play Xbox than work. To this I say that if you can’t motivate yourself to get off the couch after getting high, don’t get f*ckin’ high, dumbass. If you can’t remember to go to the grocery store after you get high, don’t get high before you go.

Don’t give me that crap about marijuana addiction. I was a head with the best of them. Merely wishing that you had a quarter-bag does not classify as a withdraw symptom, so suck it up and go to work. (Side note: Grocery shopping high is never a good idea unless you want to come home with $200 worth of Soft Batch Cookies and Little Debbie snacky cakes.)

So, is pot a gateway drug? I think that it can be. However, I think the frequency and berth of that gate is substantially increased by poor parenting as opposed to a hookah-toting teen. Do I advocate smoking pot? I certainly do not. Do I care if you do? Absolutely not -IF- you’re a responsible adult and you’re not harming/neglecting anyone. Keep in mind that harm to others comes in many forms.

Has smoking pot ruined my life or my career? Well, I woke up this morning. I’m a college grad, and I hold a professional position that I really enjoy. I’m a daddy, a father, a Christian, and trusted friend to numerous others. People tend to seek my advice and respect my opinions. I do, however, tend to lock the keys in my car from time to time. If that’s a life ruined, well, maybe I should just find the code to my keyless entry—if I can just remember where I hid it.

2 thoughts on “Marijuana Has Ruined My Life. Huh?”