Because of You, Your Opinion Counts 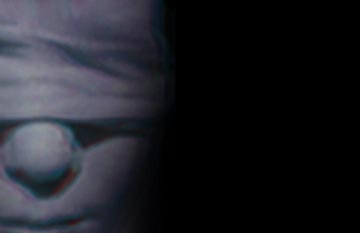 A resident blogger claimed early Monday morning opinions based solely on the thoughts residing throughout his brain. Now, local authorities are in a desperate search for answers and they need your help.

According to the Old Brain thought police, the blogger known as BuckeyeTimmy brazenly broke into the spinal column while on his way to an undisclosed location this morning. They say that he had one blog in his thoughts. Midway through his journey, these thoughts had multiplied. Authorities say that by the time he made his way to Old Brain, more than three ideas were being held captive.

“Yep, I seen’em,” said one bystander whose shriveling form looked as if he’d lived a life in the Pleasure Center. “I was stopped at Old Brain General pickin’ up some hunting equipment and searching for new shelter. All of a sudden I heard this loud rumbling noise. It kinda sounded like a synaptic transfer was in my back yard. Then I saw a big ol’ group of ideas run past me uh screamin’ and uh cryin’. I thought they just needed the loved of another human, which happens a lot down here in Old Brain, ya know. But then there was this guy behind them. I swore he had tiny little balls of different colors comin’ right out of his head.”

Authorities believe two more captives were taken by the time BuckeyeTimmy arrived at Frontal Lobes. This is where they believe he is hold-up. They say that he impulsively barricaded himself behind a rash of judges, linguists, and puzzle masters whose offices are adjacent to Department of Socialization and Spontaneity.

Taking advantage of their exceptional skills in planning and coordination, authorities came up with a plan to entice the confused blogger into submission by offering a complimentary lifetime subscription to cable pay-per-view. According to an anonymous source within the department, authorities were “confident that the result of their meticulous planning would result in the best possible outcome”. After substantial run-throughs, authorities executed the plan, which was promptly thwarted by the blogger’s eccentric actions.

Although I am thalamus and the controller of the dope, I feel slightly confused. The ideas that I have captive are driving me crazy with useless arguments and infighting. Each wants his or her place, and each wants to be first in line. If you wouldn’t mind, I would greatly appreciate your thoughts (pun intended..teehee…teehee) on which opinion should be written next. Options are:

Help me Old Brain Police. You’re my only hope.

Authorities have again surrounded the sense-of-self deprived blogger and are waiting for your comments.

4 thoughts on “Because of You, Your Opinion Counts”