Where Man, Is Law

<--Man Law Music. Please Play While Reading The Church of the Golden Teapot was what I might consider a big hit, which means that someone other than me read it. I fully intend to follow up on the subject some time in the near future. But for now, my virgin blogger fingers simply can’t help but leech a clique – MAN LAW. Being a man, a husband and a father, I believe that I have met all criteria that allow me the right to make man law.

Man Law # 74 – Done and Done
There are two types: those that IM for a fact-based purpose and those that chat. Sometimes the former turns toward the latter. Rarely does the latter turn former. In either case, one party usually, for whatever reason, wants to quit chatting before the other.

Man Law #74 allows a man to simply type DONE (all caps) without worry or fear that the other man will take personally. This will eliminate the Gotta-run, Have-meeting excuses and will also cut down on man lying to man. This rule only applies when one man is chatting with another man. Don’t try it with a woman. They don’t understand man law. At recognition of said ending statement, no further IM will be typed until the beginning of the next conversation. The next conversation must be at least 15 minutes into the future. There is an exception for emergencies. 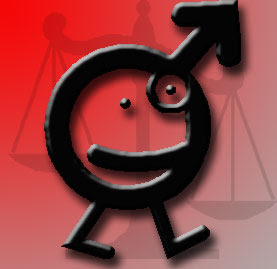 Title 2) Unless you are passing, you must remain in the right-hand lane.

Title 3) Flashing of lights is not permitted if you are coming from behind another man. Please reference parenthetical statement in Title 1.

There is a motion on the table. Do I have a second?

(Editor note: Blogger claims the right to use the term, gaywad, as a non-defamatory remark based on friendships with the gays)