Multimedia, Charter Communications, and the Planet of the Apes 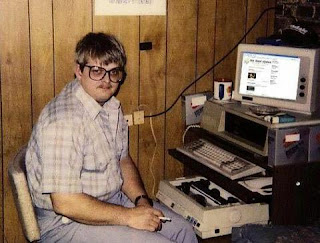 I spent a huge portion of my weekend attempting to turn my home into a multimedia environment the likes of which might be seen at Disney World.

It took me about a half-day to realize that I don’t have the uber billions that Mickey and friends enjoy. What I do have, however, are two LCD TVs, one with a digital tuner and one without. I have two computers that, for all geek intents and purposes, are slighty dated, and one stand-by computer worthy of nothing more than surfing the net…at most. I also have another 13″ LCD monitor for which I paid vast sums of money three years ago.

I pretty much have it all figured out, except for the recording of HD programming. This is because 1) I’m cheap and don’t want to give the cable company any more money for renting of their damn boxes. (I have one box and I know that I can make it all work with that box) and 2) Purchasing the right digital video card for my computer is a bit complicated to get exactly what I need.

So my goal is to beat them at their own game, legally. Doing it illegally really isn’t a challenge to me any longer and that’s not who I want to be. Stealing, although risky, is simple, cheap and efficient. Doing it legally is a whole other battle. It’s much more expensive, probably more expensive than renting the equipment from Charter, at least in the short run. And the short run is rule in the world of technology. But again, it’s the principle, and the challenge. Besides that, I’ll own my equipment versus giving my money to Satan incarnate.

When I told my wife about it, she balked. It’s probably because she wants a flat LCD in the bedroom, and that’s all she wants. It makes no difference to her if I can play a movie on the TV upstairs when in all reality it’s playing on the computer downstairs. She just wants it to work every time without pushing eight buttons, turning three knobs, and adjusting this RCA input so that it fits into that coax outlet.

BUT IT WILL BE BETTER THAN CHARTER. BETTER I SAY. BETTER
(I’m feeling slightly mad-scientist-ish right now.)

Better because I’ll make it work myself and won’t have to pay nickel and dime fees.

So here is the kicker. The whole reason that I put myself on this rampage of technology research and store hopping from Circuit City, to Best Buy, to Comp USA and back is simple, some might say foolish. But not to me.

GET YOUR CHEAP LASER OFF MY DISK, YOU DAMN DIRTY DVD PLAYER

2 thoughts on “Multimedia, Charter Communications, and the Planet of the Apes”