Forced To Look In Strange Places 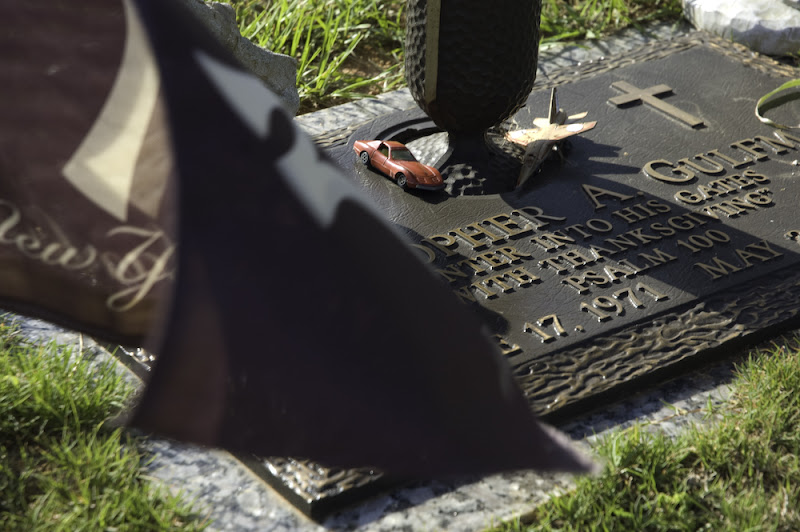 It’s a day that’s vague in my memory but one I’ll never forget; vague enough that I couldn’t remember exactly where I was standing until I saw the purple beacon.

My face became flush and I wanted leave.

But I couldn’t. Besides, the windows were down and Jerry was singing loudly.

Look for a while at the china cat sunflower,
Proud walking jingle in the midnight sun.
Copperdome bodhi drip a silver kimono,
Like a crazy quilt stargown through a dream night wind.

It’s a morbid thought if you really think about it. On the anniversary of a death that continues to cause more sadness than is necessary, and certainly more than he would want, I stood speaking to a piece of marble with gilded lettering. Below that stone lies the shell of a man who I consider a brother.

The small corvette and the golden fighter jet caused a visceral reaction as I thought about the accent and diction of my friend as he sat playing in his youth. When his friends called to play, did he invite them to come over with an offer of about n-n-n-n-nine marbles and a new pack of Oreos? I truly wonder if he knew back then that college was expensive and fatty foods were bad for you?

My personal tribute to the Gman can be found at WhimsWeb. (link is now working again)