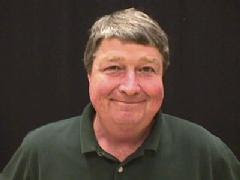 It was me a hundred times over during the course of nearly ten years in the TV news industry. Somewhere on a highway shooting the scene of an accident was where I cut my teeth, or at least learned how to always white balance. When the weather was bad and driver visibility lessened was when I was dispatched the most.

I once did a 11p live shot in the sleet/rain on I-385 at the intersection of I-85. We were stationed at the apex of a blind hill so we could get microwave reception. The on-coming drivers saw nothing until cresting. They would then be blinded by the frezzi on my camera and any extra lights I could set up before deadline. Mix in with the weather and the bright lights the ohhh & ahhh factor of a big TV news van and a reporter. What you get is nothing but a journalists’ nightmare.

To me his name was Hey Joe. That’s what I said every single time I called the assignment desk at Fox Carolina. The response was always the same; a semi-husky and friendly tone of, “Hey Tim, what’s going on? How are ya?”

Joe Loy was one of those embedded Upstate journalists with nearly an entire career covering local news. Like most journalist that work in this market for more than five years, Joe knew everyone…and their phone numbers. He knew how to get from here to there no matter either location. He understood news and he understood Upstate news. There is a difference. He was a very sweet man who always had time for conversation, and he always cared, or at least seemed to care, about the hack pitch du jour.

Joe worked the assignment desk at Fox but would pick up a camera from time to time. He was certainly no stranger to it. While covering the subsequent gawker wreck of a major accident on I-85 in Spartanburg County yesterday, an impatient driver recklessly cut off a van along that stretch of highway. The van driver overcompensated trying to keep his vehicle out of danger. Investigators are uncertain right now if the van hit Joe or if it slammed into the news vehicle and the news vehicle hit Joe.

I wonder if the impatient driver was hurrying home to see his kids. Joe has kids, too. I’m sure the driver learned this information on the 11p news last night. He certainly didn’t stick around scene to find out. When the police find him (or her) and take him to jail, I wonder if his kids will miss their father. I also wonder if this man (or, again, woman) has enough integrity to step up to the plate and turn himself in. I wonder if he even knows it’s his time to bat or did his impatiens leave him blind to everything that happened, everything except that which was in front of him.

Joe died doing that for which his professional life was dedicated. He will be deeply missed.