Idiots Have Their Places In The Newsroom 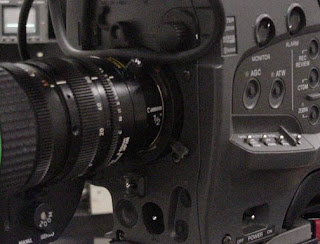 A career telling the story of others’, as you might expect, brings you in contact with thousands of people over the years. As such, it doesn’t take long to figure out the world is teaming with idiots.

Becoming jaded is, in part, a resultant defense mechanism of the profession. You simply have to become hardened to horrible things that happen to good people as well as seeing good people do horrible things. Having a front-row seat to the world in which you live isn’t always as good as it sounds. Tragedy happens. I’ve seen it; women get raped, children die horribly by accident and purposefully at the hands of another, and psychos walk into offices and start shooting. I ain’t talkin’ bout no puppy-kitty love-in fest feature story.

The idiots are the part of the profession that keeps us all grounded. They are the ones who distract us after weeks of telling the detailed story of a woman who straps her children in the car and drowns them. They are the ones who give us stories to tell while having a tall frosty, and they also help us dissipate any journalist-on-journalist flap that happens daily (“Just jazz it up a bit with some nats.”)

THE DAILY IDIOT: This is the most common. He’s the one who calls the newsroom on a daily basis to either talk or complain about something. Most of the time this person is lonely and wants to talk to someone.

One South-Carolina hot August day my buddy receives this call.

THE STUPID IDIOT: This person simply doesn’t think before speaking.

“Hey, what newspaper is this going to be in,” he asks the photojournalist who is shouldering a 35-pound Betacam, schlepping a 15-pound metal tripod, and wearing the photog equivalent of Batman’s Bat Belt.

“Channel 4”
“Yeah,….uh, is this Channel 4?”
“Yes sir, how can I help you?”
“Hey, does my kid have school today,” the caller asks the wet journalist who picked up the newsroom phone after coming in from his 5 a.m. snow-coverage liveshots.

For Part II of the Idiots Have Their Place In The Newsroom series, we’ll explore several more types of idiots who help keep the newsroom running smoothly.

On a completely different note, I’ve noticed through my blog tracking stats (which tracks IP addresses, by the way) that someone is googling my last name and “Greenville Hospital System” in an attempt to find my blog? STOP IT!